BECA Call for Entries: Curate This! 2009 (in conjunction with PhotoNOLA) 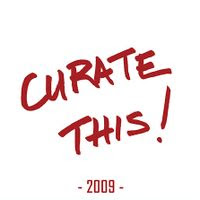 The BECA Foundation presents the second installment of CURATE THIS! opening this November, 2009 and will run through December 2009. The first installment of CURATE THIS!, held in 2008, was an experimental success with over 100 artists and over 400 ‘guest curators’ from 9 countries participating. We’re looking forward to even more participation from around the globe via CURATE THIS! 2009. Once again we will be enlisting the input of art enthusiasts from around the world via an online juried event which allows anyone from anywhere in the world with an internet connection and email access to select their favorite 10 artists from the compiled selection of submitted works. On October 14 and 15, 2009 art enthusiasts from around the world will view the works submitted by artists from all corners of the globe and will vote to choose their favorite 10 artists of CURATE THIS! 2009.

This year’s CURATE THIS! exhibition is being held in conjunction with PhotoNOLA 2009 (www.photonola.org). As such, we are seeking submissions of photography based works including, but not limited to, painting, sculpture, mixed-media, drawing, printmaking, fiber, textiles, installation, photography, design and functional art. Those artists whom the guest curators’ select as their top 10 artists will have their works featured in the exhibition CURATE THIS! 2009 at BECA gallery and in the upcoming 2009 edition of the publication titled, CURATE THIS! 2009. Artists selected for CURATE THIS! 2009 will also have their works featured online at The BECA Foundation website. PhotoNOLA is a month long celebration of photography in New Orleans, coordinated by the New Orleans Photo Alliance in partnership with galleries, museums and photographers citywide.