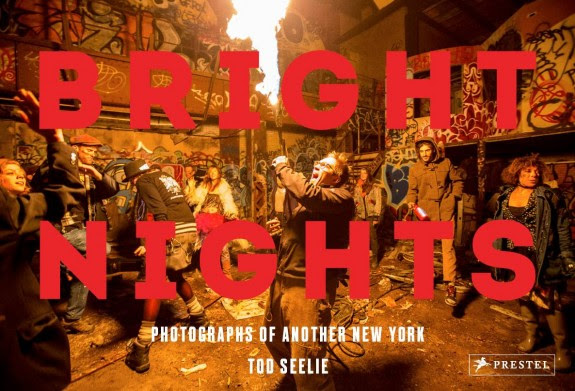 Seelie, who has been living and working in New York since 1997, documents underground parties, abandoned spaces and street scenes in the book from Prestel Publishing. The New York Times’ photo department selected the work as one of its Top 10 Photo Books of 2013.

The book contains written contributions from friends and artists associated with the New York Times, Paper Magazine, Swoon and VICE, among other publications.

You can read more about Tod Seelie and “Bright Nights” at his two websites, todseelie.comand suckapants.com.