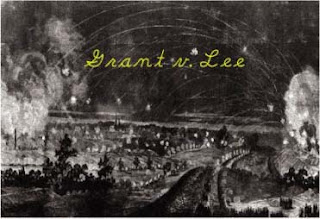 Good Children Gallery of New Orleans is presenting an exhibit of works that consider the American Civil War and its most famous generals through a contemporary lens. “Grant v. Lee,” curated by NOPA member Sophie T. Lvoff, opened on Sat., June 11, and will run through Sunday, July 3.

The gallery is located at 4307 St. Claude Ave. in the Crescent City’s Bywater neighborhood. It is open on Saturdays and Sundays from 12 to 5 p.m.

Photography was granted priority for “Grant v. Lee,” although art from other media are showcased. The stress on photography was decided upon in tribute to Matthew Brady, Timothy O’Sullivan and other photographers of the era whose work brought home the horror and carnage of the war to the nation. (Brady also just happened to take famous photos of Ulysses S. Grant, commander of the U.S. Army during the war, and Robert E. Lee, commander of the Confederates’ Army of Northern Virginia.)

According to organizers, the exhibit gently and subtly evoke the times and culture of the Civil War while bringing up questions regarding race and nationalism.

The Civil War is being remembered in official ceremonies and exhibits nationwide this year, since 2011 marks the 150th anniversary of the war’s beginning. The war began with the April 1861 Confederate attack on Ft. Sumter in the harbor of Charleston SC.

For more information, you may see the gallery’s website.