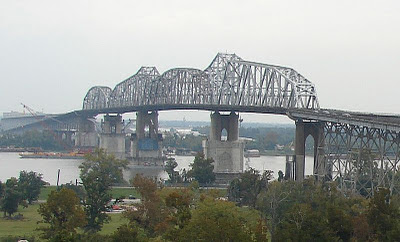 To commemorate the third and final segment lift of widening of Jefferson Parish’s Huey P. Long Bridge, the Louisiana Department of Transportation and Development (DOTD) is launching an online photo contest. Professionals and amateur photographers will be allowed to take shots of the lift, which is scheduled for April 9, weather permitting.

The contest is being co-sponsored by the the project management team; namely, the Louisiana TIMED (Transportation Infrastructure Model for Economic Development) Managers, a joint venture of GEC Inc., PB Americas Inc., and the LPA Group Inc.

In a press release, the DOTD noted that launched the contest because of the interest shown by the public in the earlier segment lifts–which were given the names “Big Lift I” and “Big Lift II.” (Note: Thus, “Big Lift III.”) These took place in June and November of 2010, respectively. More than 500 people commented on the project’s social media sites, and hundreds more posted photos of the widening projects.

According to the DOTD, a steel structure larger than a football field will be lifted into place this time, via multiple barges and heavy-duty jacks. The department notes that this will be a major engineering feat, given the rarity of the size and scope of the projects.

Members of the public will be asked to take photos from public spaces only, given safety concerns.

The deadline for entry will be Friday, April 15. A special website has been set up for submission of entries. A complete list of the contest rules and regulations, meanwhile, can be found on the project website.

Entries will be put up for a vote and winner will be awarded the People’s Choice Award. In addition, one or more Judges’ Choice Awards will be selected. The Judges Panel will vote for at least one professional and one amateur winner, but it will be up to panel members as to further recognition of entries. Winners will be featured in various project publications, as well as online promotions and Facebook and Twitter project pages.

The bridge, which stretches across the Mississippi River and carries auto traffic on U.S. 90 as well as rail traffic, opened in 1935. Its dedication is shown in the photo below. The widening project began in 2006. 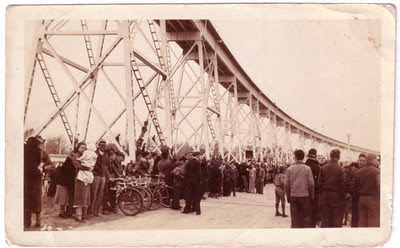 For further information about the photo contest, you can send an e-mail to hueypbridge@gmail.com or calling the lift’s Public Outreach Office at (504) 731-4200.

Images: Public domain photo of the Huey P. Long Bridge, available at Wikipedia. The dedication photo is from the archive of Ron Chapman, Professor of History at Nunez Community College in Chalmette LA, available at the Help Remember New Orleans website of New York’s School of the Visual Arts.