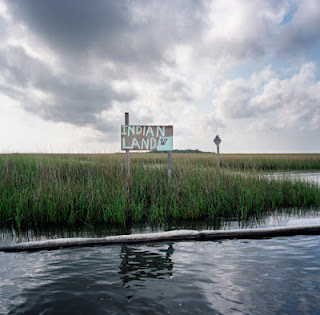 Dallas-based photographer Kael Alford has been named as recipient of the Michael P. Smith Fund for Documentary Photography‘s 2012 Grant recipient, for work documenting the destruction of Southeast Louisiana’s wetlands and the concurrent destruction of coastal communities and their ways of life and culture.

The fund, established by NOPA to honor the life and work of the late Crescent City photographer Michael P. Smith, annually awards $5,000 to a Gulf Coast states photographer who is working on a long–term, cultural documentary project.

Alford won, more specifically, for “Bottom of da Boot: Losing the Coast of Louisiana,” a series that documents the Native American communities of Point-aux-Chenes and Isle de Jean Charles, La. Her maternal grandmother had been born and raised in this area.

The Texas photographer’s work began in 2005, after a Dutch magazine sent her to Louisiana to document the aftermath of Hurricane Katrina and associated flooding in the region. This work developed into a multi-year documentary project, chronicling the rapid wetlands loss that threatens the communities, culture and environment of Southeast Louisiana. 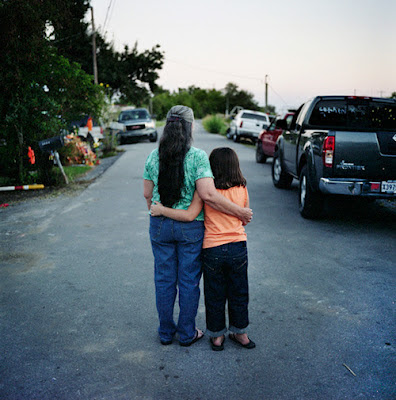 “What is being lost on the coast of Louisiana is more than a neighborhood, or a storm buffer,” Alford said. “It’s a piece of our collective memory and a unique piece of heritage that defines us as a nation.”

Brett Abbott, the Curator of Photography at Atlanta’s High Museum of Art, selected Alford’s project as one of the 2012 MPS Fund grant jurors. Abbott commended her compelling visual story telling as well as her proposal for continuing the Louisiana work.

“With the help of the Michael P. Smith Fund,” Abott writes, in an essay available at the NOPA website, “I believe that Alford’s project can grow into one of the great socially engaged photo essays of our time.”

Images from this project are currently on exhibit at the High Museum.

Alford, a documentary photographer and writer, is a native of Middletown NY. She previously covered culture and conflict in the Balkans region of Eastern Europe, from 1996 to 2002, and later documented Iraq before, during and after the U.S. military invasion of Iraq, which began in 2003. Her photography about the impact of the war on civilians in Iraq has been widely exhibited and is featured in the book Unembedded: Four Independent Photojournalists on the War in Iraq (Chelsea Green, 2005).

Images: Selections from, “Bottom of da Boot: Losing the Coast of Louisiana,” by Kael Alford.