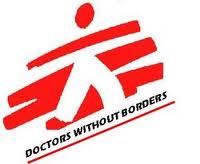 Images Without Borders, a non profit formed after the earthquake in Haiti to raise funds for Doctors Without Borders, will hold its first show in New Orleans on Saturday, Oct. 2, at the Shop of the Two Sisters on Magazine Street. Contributing photographers from the Crescent City area will include George Long, Frank Aynami, Laura Bergerol, Julie Dermansky, Kerry Maloney, and Kit Wohl.

Images Without Borders was founded by Bergerol, along with Stacy Ericson of Boise, Idaho in the wake of the Haitian disaster. All profits from photo exhibit and sale will go to directly to Doctors Without Borders. Only two types of prints of each photo will be sold. More specifically, gallery prints will be offered at $100 to $225, with iPhotography prints going for $40 to $72. When one print of either is sold, the image will be retired. The exhibition itself will consist of twenty-five, 20×30-sized, hand-selected prints (ThinWraps) donated by Bay Photo Lab, a printer from Santa Cruz, CA.

IOWB shows will subsequently be held in cities throughout the world, including Tokyo, Singapore, London, Los Angeles, Boston, Seattle, and Berlin.

Doctors Without Borders/Médecins Sans Frontières (MSF) is an international medical humanitarian organization created by doctors and journalists in France in 1971. Today, it provides aid in nearly 60 countries to people whose survival is threatened by violence, neglect, or catastrophe, primarily due to armed conflict, epidemics, malnutrition, exclusion from health care, or natural disasters. The organization was awarded the the Nobel Peace Prize in 1999.