The night before, just after sunset on the 28th, the work will be projected onto the Lower Ninth Ward levee wall as part of Robert Parker’s Lower Ninth Ward Katrina Memorial events. (Industrial Canal off of Claiborne Bridge at the levee break.) 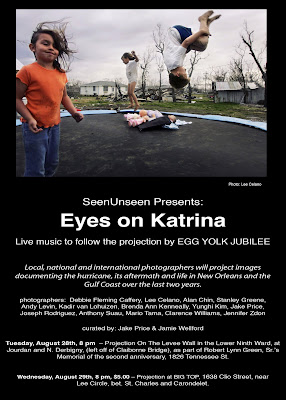