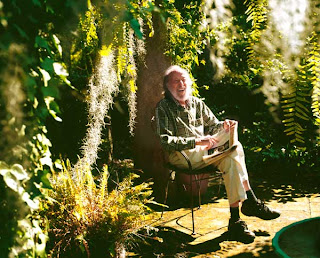 We received this sad news from Geraldine Baum today:

“We are deeply saddened to announce the passing of Herman Leonard yesterday, Saturday, August 14, 2010.  Herman was a rare human being, always giving and compassionate.  It goes without saying Herman was a great photographer and artist, who loved Jazz music and created a stunning visual collection of the world he loved so much.

We’d like to thank everyone for their love and support of Herman over the years.  There is no question that Herman will always be with us…he will never truly be far, as we have his amazing photographs and have all been touched by his beautiful spirit.

Herman was involved in many projects towards the end of his life and he always wanted to do more.  And although this can’t help but be a sad day….we have comfort in knowing that his suffering was not prolonged and he was surrounded by family until the end.  I believe Herman wouldn’t want anyone to be depressed over his passing…he’d want everyone to live, laugh and experience as much as humanly possible in our precious lifetimes.

In lieu of flowers, Herman’s family has asked that donations be made to The New Orleans Musicians Clinic, an organization close to his heart. “

“Above all, enjoy the music”  – Herman Leonard

Herman was an amazing friend to the New Orleans Photo Alliance. Though he relocated to California in 2005 after Katrina ruined his Lakeview home, he generously supported our efforts. Herman donated prints to each fund raising auction we have held, at times giving two prints when we’d only asked for one. He touched many lives here, and served as an inspiration to us all on many levels. He will be missed and fondly remembered.