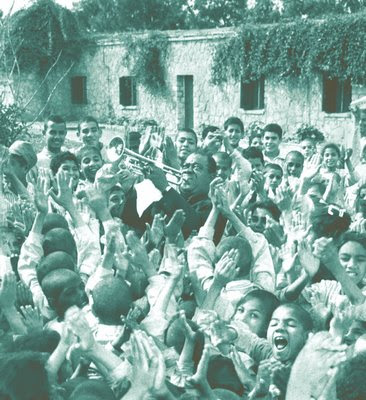 In Cold War battles over ideology and culture with the Soviet Union, America’s most effective asset may well have been her great jazz musicians. Touring the world for the State Department from the mid 1950s to the early 1970s, they stirred millions of hearts and minds with jazz performances showcasing America’s unique national character and artistic achievements.

With over 90 photographs, posters and other materials, the exhibit traces the journeys of jazz icons like Dizzy Gillespie, Louis Armstrong, Benny Goodman, Dave Brubeck, Duke Ellington, Woody Herman, and Sarah Vaughan to more than 35 countries on four continents.

Organized by the Meridian International Center in Washington DC, Jam Session brings many remarkable images to the public for the first time. There’s Louis Armstrong in a sea of children’s faces in Cairo in 1961. There’s the incomparably cool Dizzy Gillespie riding a motor scooter through the streets of Zagreb, Yugoslavia, in 1956. And there’s Benny Goodman playing a Burmese oboe in Rangoon in 1957.

The exhibit will run through September 25 at the Mint, located at the foot of Esplanade Avenue in the French Quarter, from 10 AM to 4:30 PM daily except Monday. Admission is free. 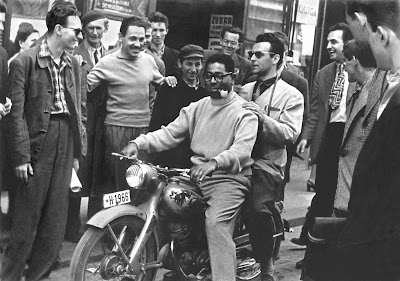