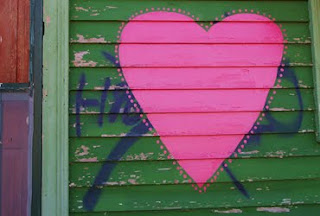 “Katrina + 5: An X-code Exhibition” was selected for the 2009 Southern Spaces series “Documentary Expression and the American South,” a collection of innovative, interdisciplinary scholarship about documentary work and original documentary projects that engage with regions and places in the U.S. South.

Dorothy Moye describes the widespread use of the X-code, an iconic graphic applied by search-and-rescue teams in 2005 post-Katrina New Orleans. In a virtual exhibition, Moye presents X-code images selected from the work of more than twenty-five photographers in the intervening five years, including Brian Gauvin, Thomas Mann, Jane Fulton Alt and Ian Cohn. Visually striking and emotionally compelling, the X-code speaks through its sheer numbers, its rhythmic repetition across the curving network of city streets, its narrative traces of ciphered messages and its graphic directness.

Southern Spaces is an interdisciplinary journal about regions, places, and cultures of the American South and their global connections.