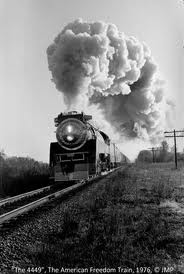 A retrospective exhibition of the work of New Orleans photographer and gallery owner Joshua Mann Pailet, will begin Friday, Oct. 1 at the Polk Museum of Art in Lakeland FL. An opening reception will take place from 6 to 8:30 p.m. on Friday for the exhibit, which will run through the first week of January 2011.

Titled, “Eye See America: thru the Lens of Joshua Mann Pailet,” the exhibit covers the photographer’s four-decade photographic career. The exhibition includes images from the 1976 American Freedom Train Bicentennial tour, the 1984 World’s Fair in New Orleans, the aftermath of the 2010 Super Bowl in Miami (that is, a Saints fan celebration), Hurricane Katrina, and cities including San Francisco and New York City.

An exhibit book with 66 black and white photographs will be sold in connection with the exhibt. To reserve a copy, you may write to the artist at joshuamann@att.net or call the Gallery for Fine Photography at (504) 568-1313. To see photos featured in the exhibit, you may also visit the gallery website.

Pailet’s work is included in numerous collections worldwide, including The New Orleans Museum of Art and the Ogden Museum of Southern Art in the Crescent City, The Menil Collection in Houston TX, The Bibliothèque Nationale de France in Paris,and the Smithsonian National Museum of American History in Washington DC.