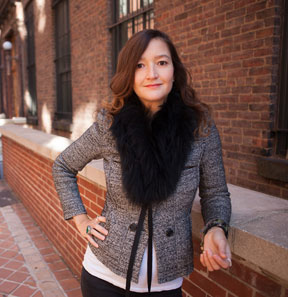 Díaz is a writer, art critic, and art historian at Pratt Institute in Brooklyn, New York. Over the past decade, Díaz’s writings have appeared in magazines and journals such as Artforum, Art Journal, Art-Agenda, Art in America, Cabinet, Frieze, Grey Room, Modern Painters, and October, as well as in numerous exhibition catalogues and anthologies. In 2012, she was awarded a Creative Capital / Warhol Foundation Arts Writers Grant for her book-in-progress, The Fuller Effect: The Critique of Design in Postwar Art. Her book, The Experimenters: Chance and Design at Black Mountain College, was published in December 2014 by the University of Chicago Press.

Eva Díaz is the second critic to visit New Orleans as part of Pelican Bomb’s innovative dual-city residency program. Created in partnership with BURNAWAY in Atlanta, the program invites three critics from throughout the country to travel to New Orleans and Atlanta for weeklong stays. Designed for the critic who prioritizes connection, discussion, and community engagement, residents spend their time in each city connecting with local artists, writers, institutions, and their publics.

The Critic-in-Residence program in New Orleans is generously supported by grants from the National Endowment for the Arts, Lambent Foundation, and the Joan Mitchell Foundation.