Luster’s ‘Tooth for an Eye’ in Ogden exhibit, opening Jan. 17 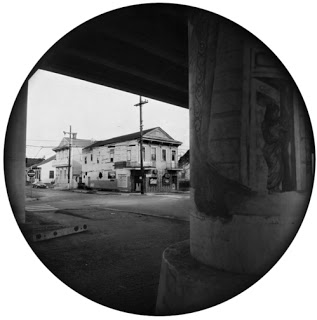 Black-and-white photos by NOPA member Deborah Luster, ones that focus on places where Crescent City homicides occurred in recent years, will be exhibited at the Ogden Museum of Southern Art in New Orleans, beginning Thursday, Jan. 17.

The opening reception for the exhibit, “Tooth for an Eye: Chorography of Violence in Orleans Parish,” is set for 6 to 8 p.m., in connection with the Ogden After Hours music series.

The exhibit will run though April 7.

According to the museum,  “chorography” is an ancient Greek term meaning “place writing.” Accordingly, Luster’s images focus on the sense of place created by the events depicted.

In so doing, Ogden curator (and NOPA member) Richard McCabe notes, the New Orleans photographer focuses her camera on an invisible population, one that exists only in memory–namely, homicide victims.

The Thursday night music series is to feature Seva Venet’s Storyville Stringband during the Luster opening. The Ogden is located at 925 Camp Street in the Crescent City’s Warehouse District.

Image: Photo from “A Tooth for an Eye,” by Deobrah Luster.