Grant will support documentation of the Panama Canal expansion

Andrew Kaufman, a Miami-based editorial and advertising photographer, has been named the recipient of the 2013 Michael P. Smith Fund for Documentary Photography Grant, in support of his ongoing documenting of the Panama Canal expansion project.

The MPS Fund, established by NOPA to honor the life of legendary New Orleans photographer Michael P. Smith, annually grants $5,000 to a Gulf Coast photographer who is working on a long-term cultural documentary project.

Juror Kevin Miller, the director of Daytona Beach, Fla.’s Southeast Museum of Photography, selected Kaufman’s project out of 11 finalists’ portfolios. “Kaufman has sculpted an eloquent portrait out of the dizzying and tumultuous array of events, circumstances and activities that constitutes such a mammoth construction project,” Miller noted. “He balances epic views, graphic and muscular settings and telling human context in a way that is riveting”

Kaufman has worked for nine years in documenting the canal expansion, a building of a third set of locks that will allow the canal to handle much larger vessels. When completed, it is widely expected to double the canal’s expansion, as well as to increase maritime trade on the Eastern Seaboard. The expansion is on schedule for completion in mid-2015.

“My photographs are the documents of what Panama is and what it might be in the future,” he said. “During my time in Panama I have seen change. The change is palpable. These moments are a document in time before the change can’t be remembered.” 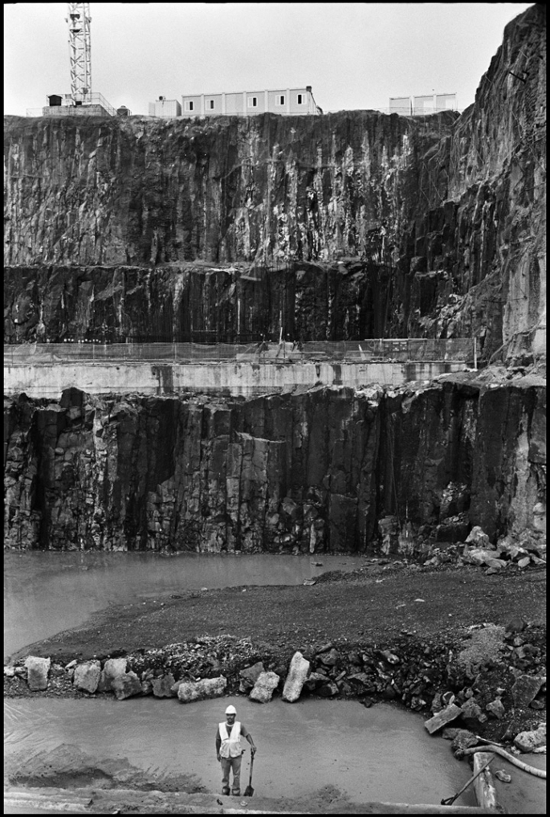 The Miami photographer is known for his editorial and advertising work, with work done for organizations and companies including the National Football League, State Farm Insurance and Home Depot, as well as magazines including Outside, Time, Sports Illustrated, Rolling Stone and Men’s Journal and publishers Penguin and Simon & Schuster. He also produces a large amount of personal work, in a large variety of formats.

Juror Miller’s full essay on Kaufman’s work, along with a gallery from the Panama Canal documentary series, can be found at the MPS Fund page of the NOPA website.