The guys at MIT are in the process of creating a camera that performs “computational photography.” It uses open-source software to do everything you’ve ever dreamed a camera should be able to do, but Nikon and Canon prevent for proprietary reasons. Basically, while those big guns are fighting it out over megapixel counts and single points like shutter speeds and ISO values, the MIT kids have scrounged together computer and camera parts off the shelf to construct a camera that gives you unlimited image options and does most of the work the second you snap the photo. You need HDR? It happens in-camera. Your focus was off? It’s okay, you can fix it after you’ve taken the image.

This is where the technology is headed. Could we see open-source cameras that cost far less and perform better and offer far more than anything Nikon or Canon has put out? It’s very possible. Whether it’s something for the industry to be concerned about or to welcome with open arms remains to be seen.

Here’s the word from Stanford University:

Stanford photo scientists are out to reinvent digital photography with the introduction of an open-source digital camera, which will give programmers around the world the chance to create software that will teach cameras new tricks.

If the technology catches on, camera performance will be no longer be limited by the software that comes pre-installed by the manufacturer. Virtually all the features of the Stanford camera – focus, exposure, shutter speed, flash, etc. – are at the command of software that can be created by inspired programmers anywhere. “The premise of the project is to build a camera that is open source,” said computer science professor Marc Levoy.

Computer science graduate student Andrew Adams, who helped design the prototype of the Stanford camera (dubbed Frankencamera,) imagines a future where consumers download applications to their open-platform cameras the way Apple apps are downloaded to iPhones today. When the camera’s operating software is made available publicly, perhaps a year from now, users will be able to continuously improve it, along the open-source model of the Linux operating system for computers or the Mozilla Firefox web browser.

From there, the sky’s the limit. Programmers will have the freedom to experiment with new ways of tuning the camera’s response to light and motion, adding their own algorithms to process the raw images in innovative ways. 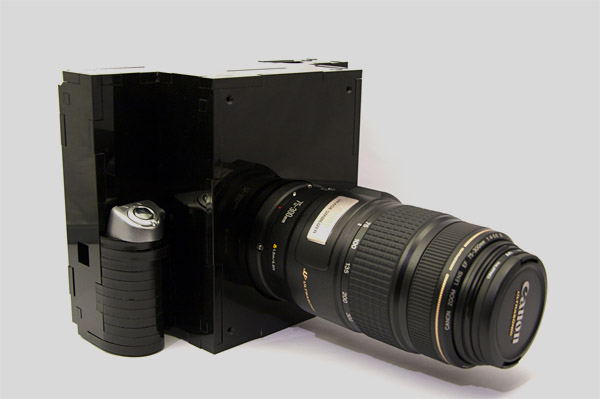 Levoy’s plan is to develop and manufacture the “Frankencamera” as a platform that will first be available at minimal cost to fellow computational photography researchers. In the young field of computational photography, which Levoy helped establish, researchers use optics benches, imaging chips, computers and software to develop techniques and algorithms to enhance and extend photography. This work, however, is bound to the lab. Frankencamera would give researchers the means to take their experiments into the studios, the landscapes, and the stadiums.

For example, among the most mature ideas in the field of computational photography is the idea of extending a camera’s “dynamic range,” or its ability to handle a wide range of lighting in a single frame. The process of high-dynamic-range imaging is to capture pictures of the same scene with different exposures and then to combine them into a composite image in which every pixel is optimally lit. Until now, this trick could be done only with images in computers. Levoy wants cameras to do this right at the scene, on demand. Although the algorithms are very well understood, no commercial cameras do this today. But Frankencamera does....[more]