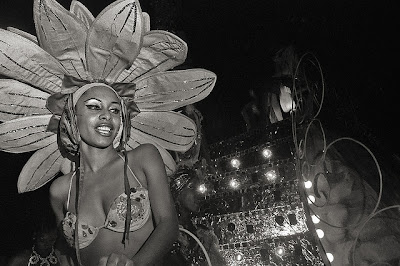 A follow-up to a post from mid-June: The Kickstarter fundraising drive for an international cultural exchange and multimedia project, “A Cultural Odyssey: from New Orleans to Santiago de Cuba,”was a success.

Bluethroat Productions, which ran the pledge drive, ended its campaign with $10,645 in pledges for the project, slightly over its $10,000 goal. The group’s project will focus on shared heritage and similarities of music, parade and dance traditions in the Crescent City and Santiago de Cuba.

Organizers noted that they are grateful for all who pledged money via the Kickstarter drive, which will allow them to carry out the “Cultural Odyssey” project.

Even so, they are still seeking funding for the completion of a related documentary film, “Uprising,”  which will be the first of a planned three-part trilogy to explore the popular traditions of “Las Congas” in Santiago de Cuba, second lines in New Orleans and “Rara” in Haiti.

Some filming for “Uprising” will be done in connection with the funded project, but other work on the film will remain.