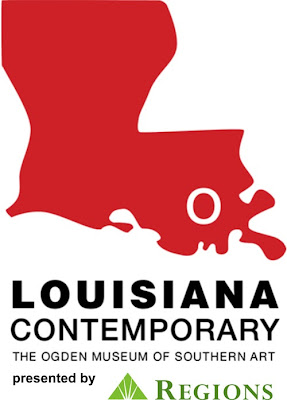 This annual exhibition promotes contemporary art in Louisiana. Its 2013 edition will run through September 22.

Up to $3,000 in awards will be presented to artists as part of the exhibit this year, including a $1,000 Best of Show award.

The juror for the upcoming show is Franklin Sirmans, the Terri and Michael Smooke Department Head and Curator of Contemporary Art for the Los Angeles County Museum of Art (LACMA). Previously, Sirmans served as a curator of modern and contemporary art at The Menil Collection of  Houston and as curatorial advisor at P.S. 1 Contemporary Art Center of Long Island City, N.Y., an affiliate of the Museum of Modern Art. Sirmans is also serving as the artistic director of Propsect.3 New Orleans.

The following are NOPA members with work accepted for the exhibit. The titles of featured works are listed below each name or, in a couple of cases, artistic duos:

The Ogden Museum is located at 925 Camp Street in New Orleans’ Warehouse District. It is open from 10 a.m. to 5 p.m. Wednesday through Monday, and from 6 to 8 p.m. on Thursday evenings for its Ogden After Hours series. For more information about the museum, please see the Ogden website.