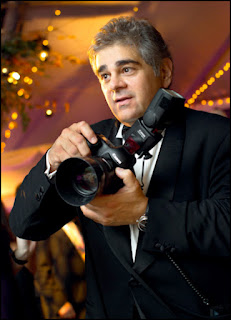 Crowley, La. native Denis Reggie, often cited as the man who popularized the photojournalistic approach to wedding photography through his work for celebrity clients, will be the featured speaker at the Greater New Orleans Professional Photographers Guild’s (GNOPPG) meeting on Monday, March 19.

The meeting will be held from 6 to 9 p.m. at Primary Digital Imaging, located at 3550 Williams Blvd in Kenner. Admission is $20, which will include dinner. It is being brought to the metro area as part of the Canon Explorers of Light initiative.

Anyone interested in attending may request a seat by sending an e-mail to the GNOPPG.

Reggie has handled the wedding photography for the weddings of a long line of celebrities, among them members of the Kennedy family, including the late John F. Kennedy Jr. The Wall Street Journal cited a photo he took at the latter’s 1996 wedding to Carolyn Bessette as launching the popularity of the more photojournalistic wedding photo style.

Reggie will also be making appearances from March 19-22 in Baton Rouge, Lafayette and Shreveport.