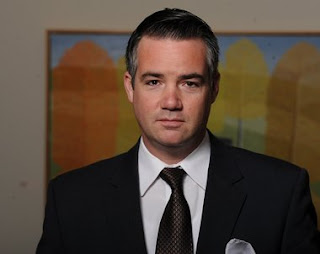 William Pittman Andrews, now serving as the director of the University of Mississippi Museum and Historic Houses in Oxford, Miss., will begin a new role in January 2. 2012, as director of the Ogden Museum of Southern Art in New Orleans.

Andrews, 41, has been at Ole Miss since 2009. While director, Andrews oversaw a 35 percent increase in attendance at the museum. He produced such high-profile exhibitions as a survey of Gee’s Bend quilts, while strengthening the presence of the museum’s permanent collections in classical antiquities, American art and folk art from the American South.

“We are thrilled to have found someone with William’s enormous energy and vision, as well as his deep knowledge of Southern art,” said Julia Reed, chair of the Ogden Museum’s board of trustees. “We are looking forward to his leading the Museum into the next phase by expanding the museum’s already excellent programming, as well as its resources.”

According to the Ogden, Andrews’ guiding principle has been to place the museum at the center of a participatory public culture, and offer “the museum as a place where people come to do things and to interact with each other, not just to look at things.”

Andrews says that he is looking forward to leading the institution into its second decade. The Ogden, he suggests, should be mentioned in the same conversations with such museums as Whitney Museum of American Art in New York and the Los Angeles County Museum of Art, which have displayed an interest in how Southern art fits into the broad category of American art. He specifically mentioned a Whitney Museum exhibit of William Eggleston works, “Democratic Camera – Photographs and Video, 1961-2008,” an an example of this.

Meanwhile, the upcoming director has plans to originate traveling exhibitions from the Ogden, ones that confront the nature of Southern art, while promoting its presence in contemporary discussions about art in America.

Prior to joining the University of Mississippi Museums, Andrews was at Mississippi State University, where he was the project manager of its Visual Arts Center. He was a founding member, board of directors at the Starkville (Miss.) Area Arts Council, the gallery director for and adjunct instructor with the university’s College of Art, Architecture, Art and Design, founder of the post-Katrina Mississippi Museum Fund and Mississippi Gulf Coast Art Rescue, and owner of Starkville’s Main Street Gallery.

He is a native of Starkville, Miss., the home of Mississippi State.

He graduated from Mississippi State a bachelor’s degree in painting and sculpture in 1993, and received his Master of Fine Arts there as well, in electronic visualization.