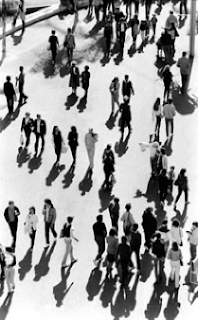 Work from New Orleans photographer Joshua Mann Pailet, owner of A Gallery for Fine Photography in the French Quarter, will be on exhibit as part of a World’s Fairs decorative arts exhibit, opening this week at the New Orleans Museum of Art.

“Spectacle and Spectator: Joshua Mann Pailet’s Photographs of the 1984 World’s Fair in New Orleans” is being presented by NOMA as a complement to the larger “Inventing the Modern World: Decorative Arts at the World’s Fairs 1851-1939,” which officially opens on Friday, April 12. A preview for museum members is set for Thursday, April 11, from 7 to 9 p.m.

Pailet noted he will have an artist’s perspective talk later on, but no firm date has been set thus far.

Thursday night’s preview is open to members. Pailet noted that non-members who are active with the Photo Alliance or with PhotoNOLA may send him an e-mail if they would like to attend as guests of his for the evening.

The “Inventing the Modern World” exhibit will run through Sunday, August 4. You can read more about the exhibit at the NOMA website.