David Armentor is a local boy from New Iberia, or more specifically, Loreauville, LA—a town of 1000 on Lake Fausse Pointe, near Bayou Teche.  Of Cajun descent, David’s grandparents spoke French; but his parents did not, so consequently neither does he.  David describes his family as more musical than artistic, in fact at an early age David himself played the guitar, albeit “horribly” he says.

David attended Louisiana State University in general studies where he was a self- declared indifferent student who did his fair share of partying; but with two years left of a liberal arts degree he elected to take on a minor in photography.  He had two significant teachers at LSU, Thomas Neff, a technical photographer who passed on those particular skills, and Reni Zietz who displayed her tremendous enthusiasm for the subject and generally “peaked everyone’s interest”. 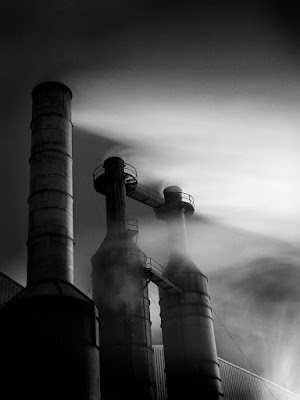 David has little to say about his earliest photographic work, but by graduation in 2004 he had begun the series that was to become what he is most known for to date.  The Sugar Mill Sessions comes straight from his home base—eight generations of Acadian farmers planted and harvested sugar cane in the area where he grew up.  Access to a sugar mill was the easy part for David because he personally knew all of the people to contact.

Initially David didn’t know what he wanted to photograph in the sugar industry but he knew how he wanted to photograph it—he had in mind a mid-century style with dramatic strong lighting and long exposures.  Through his connections at a mill he was given complete access and preceded to shoot all of the initial series at night.  The work is beautiful, dramatic and atmospheric—very much the way he had envisioned it.

The first showing of the work was at a restaurant in New Iberia in 2006.  It was a great success—the manager of the Cajun Mill (a collective of sugar mill processors) bought Dave’s entire show, and with the money he earned he bought an engagement ring for his fiancé, Rachel!

Since that first Sugar Mill Series chapter (known as Chapter 2) there have been two more chapters—each in its own style and denoting a time in the life of the sugar industry from the 19th century to today.

David muses that he may never quit shooting the sugar industry because within the industry there are cultural, environmental, and economic aspects that all resonate with him.  The Sugar Mill Series was a finalist for the NOPA Michael P. Smith Fund in 2012.

Meanwhile, David works at Tulane University in the Architecture School as a digital imaging specialist where he manages a printing lab, works on the website and teaches a class in film and photography for architecture students.  The School has even stepped up to support specific projects of David’s, including a tintype portrait project of architectural students, Don’t Break the Exacto Knife. 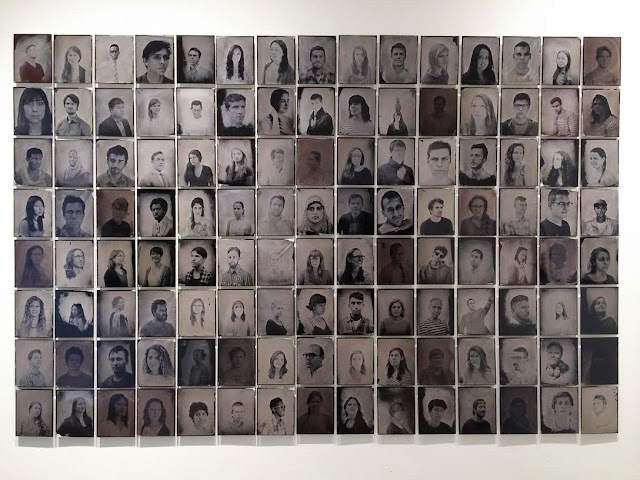 David and Rachel recently had a baby, and have launched an online photo consultant business, St. Veronica’s Gallery.  The goal of St. Veronica’s is to place photographs into commercial and private hands for the purpose of starting collections and features sixteen alternative process photographers of differing genres.

http://www.davidarmentor.com/
http://www.stveronicasphotographygallery.com/
About Renee E. Allie
Renee Allie grew up in Storrs, Connecticut—a small town, home of the large University of Connecticut (UCONN).  She studied Art/Photography and Italian at SUNY New Paltz and then in Florence, Italy and at UCONN where she received her degree in 1983.  After living in London and bumming in Italy she moved to New Orleans in 1984 to be with her sister and to visit the World’s Fair; she never left.  In New Orleans Renee has alternately worked in non-profits and been self-employed in various retail ventures.  She was part owner of Icons Gallery in 1991-93 and managed the Green Project from 1998-2003.  For the past two and a half years she has owned a vintage/antiques store, Rabbit Ears at 8225 Oak Street.