Having spent 35 years as a biological scientist Don Norris knows a thing or two about the close examination of a subject; with his portfolio, Southern Vernacular he brings this same formalistic inquiry to his photographs of single southern buildings in a landscape.

Recently these elegant and spare images caught the attention of Alan Rothschild who heads the Do Good Fund, a charity that assembles a premier collection of carefully selected southern photographs for the purpose of bringing them to small venues to share with groups that would not necessarily have access to original, premium art.   The Fund bought seven of Don’s photos.

Recognition for the series didn’t stop there; in the past five years images from Southern Vernacular have been shown in countless venues in Mississippi, Alabama, Louisiana, Texas and Georgia and have been included in the permanent collections of the Mississippi Museum of Art, the Art Museum of the University of Kentucky, the Ogden Museum of Southern Art, the Montgomery Museum of Fine Arts and the Meridian Museum of Art.  The work has been shown in the Oxford American Magazine and received multiple awards, including an honorable mention from the 2015 NOPA Clarence John Laughlin Award.

Don grew up in Hammond, Indiana in the shadow of giant steel mills and an oil refinery where his father worked.  He went to an imposing neighborhood school with a great arched entryway, which upon entering Don thought, “what I’m about to do is very important”, an idea that must have occurred to a few other of his classmates because his class produced a notable number of National Merit Finalists.

His interest in photography started in high school; in the 1950’s with money he earned from his first job, Don bought himself a 35mm Regula Camera from the Montgomery Ward catalog for $75.  By the 1980’s he was shooting 4 x 5 black and white landscapes and in about 1989, feeling pretty good about his work, he thought to further his studies by taking a master workshop with Paul Caponigro.  Don recalls that the first two days of the workshop consisted of Mr. Caponigro gravely and methodically showing his own printed and matted work one by one.  Don recalls that the class sat in utter silence and awe the whole time…“I’d never seen prints like that, each one looked as if it was illuminated from behind…I said to myself, Don, you gotta start from scratch!”

For two years Don thought about what he wanted to do, he felt that he had three main focuses in his life and they were: his family, his profession and photography; he knew he was stretched too thin for all three—one had to go, and that was photography. So he put it away until his retirement, ten years ago.

Upon his retirement Don’s wife Lola gave him a digital camera and said, “entertain me” so they began to take little 3-day trips around the south to areas of historic and architectural interest.  They discovered towns like Natchez, MS and the whole area of west central Alabama named the Black Belt for the rich black soil that had made it the premier cotton growing area in the country.  Due to the economic decline of cotton and other industries the region had experienced extreme financial hardship leaving it relatively untouched for many years with huge inventories of surviving antebellum homes and churches.  This is where Don found his muse.

After a year of exploring and shooting he felt confident in the use of the digital camera and Lola declared his new work to be his best to date.  Within five years, Don was achieving prints that were up to his exacting standards and he began to show his work to critical success. 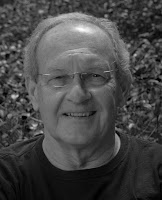 To see more of the work of Don Norris:
http://donnorrisphotography.squarespace.com/