PHOTOGRAPHER’S PROFILE:  Meryt Harding
By Renee Allie
Meryt Harding has spent much of her adult life traveling around the world.  After leaving school in England where she was born, she traveled for three years continuously; she then returned home to become a registered nurse and after a short time took up traveling again; this time backpacking in South America for a year.  Since moving to the U.S. she has lived in NY, GA and LA and has continued to travel the world in between raising children, completing foreigner’s exams in medicine in several states, practicing nursing and studying art and photography at the Savannah College of Art and the New Orleans Academy.
Initially her travel was about living the experience not documentation.  She recalls a time when she would have returned from a yearlong trip with a total of 10 rolls of film!   Everything changed when she happened upon a watercolor portrait show by Joy Adamson, the famed naturalist.  The show was in Nairobi around the year 2000 and featured portraits from 132 different tribal groups in Kenya; a small placard at the exhibit stated that of the 132 groups represented, only 42 were left in the country.  This revelation made a huge impact on Meryt; she felt within herself a pressing need to document the tribal groups of Africa and to capture the fading cultural elements of their lives before it’s too late. 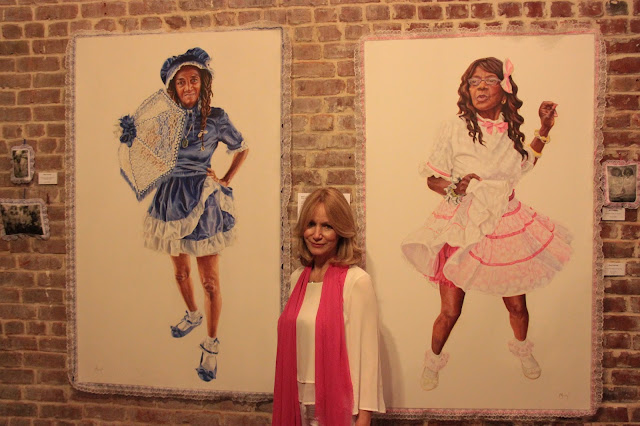 The changes in the cultural groups are due to many different reasons. Groups are displaced by wars, famine, by missionaries who are there to “help”, etc.  Meryt explained that even the distribution of Western clothing such as T-shirts have made a huge impact in the way groups dress, so as T-shirts are worn with or instead of tribal clothing, the whole look of the people changes.  Some groups hold on to their traditional ways but many more become incorporated into the mainstream and lose their traditional roots, customs and activities.
In the last 14 years Meryt has concentrated her attention on Africa and the documentation of these fading groups and their traditions; she has so far visited and worked in 15 African countries. She believes strongly in engaging with her subjects and feels that photography is an incredible tool in opening doors with meeting people.  She’s felt comfortable in all of the places she’s documented and has experienced very little hostility in the settings she’s chosen to work. 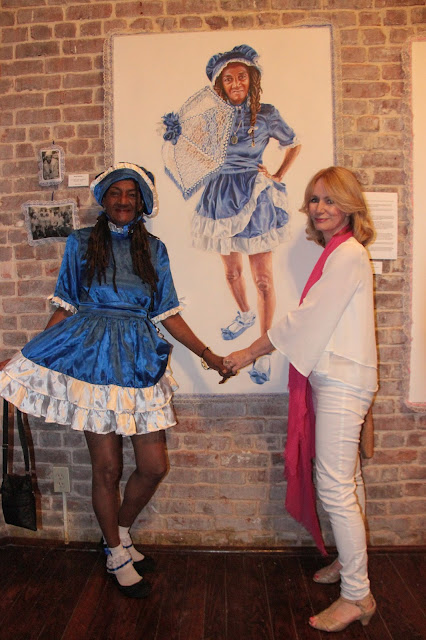 Meryt shoots digital photographs initially but from there she often utilizes her images or incorporates them into mixed media works and paintings.  One series called “Fading Away” references the fading of the cultural elements by picturing the tribal people fading into the background.   She uses elements from one or more photograph, layering them and collaging to form the composition–these chaotic, colorful, heavily patterned large oil paintings can take her months to complete.
Meryt moved to New Orleans in 1998, drawn to our city for some of the same reasons that she is so comfortable in Africa.  She loves the layers, the rich culture and traditions that form the New Orleans experience.  Eschewing the regimentation of so much of the Western world, Meryt responds to the spontaneity and disorder of life in New Orleans.  Her work has been featured in NOPA shows, in the New Orleans Museum of Art, and her African work has been shown in many cultural venues, including the Ashe Center and the New Orleans African-American Museum.
Recently she responded to a “call to artists” at the McKenna Museum for images of the New Orleans Babydolls and ended up with three pieces in the show. The show became the ultimate kismet situation for Maryt as she was in search of a New Orleans cultural tradition that both resonated with her and was not so heavily documented already.  Look for more of her work to come as she is continues to photograph the New Orleans Babydolls and starts work on her next project that will be Creative Women of New Orleans.
See more of Meryt’s work here: merytharding.com