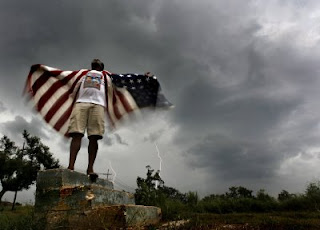 Searching for Solace by Ted Jackson

“Visions of Excellence,” a collection of 50 extraordinary images from photojournalists around the world, opens December 5 at the Louisiana State Museum’s Arsenal Gallery at the Cabildo, Jackson Square. The exhibit is a focal point of PhotoNOLA, a citywide celebration of photography presented each December by the nonprofit New Orleans Photo Alliance.

“This is a rare opportunity for the community to experience the best of photojournalism in the best possible way, through a collection of large, masterfully printed images displayed in one of New Orleans’ most historic settings,” said Mark Sindler, President of the New Orleans Photo Alliance.

“Visions of Excellence” presents an extreme wide-angle view of the world, with photos selected from 44,000 submissions to the 65th-annual Pictures of the Year International competition. New Orleans is represented by Times-Picayune photographer Ted Jackson’s iconic image of a Hurricane Katrina survivor draped in an American flag.

The New Orleans Photo Alliance and the Louisiana State Museum will host a reception at the Cabildo on Saturday, December 13, from 6 to 9 p.m.

On Sunday, December 14, Dr. Tony Lewis, Louisiana State Museum’s Curator of Visual Arts, will present an illustrated talk entitled “From Szathmari to Magnum: The Origins of Photojournalism” (1:30 to 2:30 p.m.).