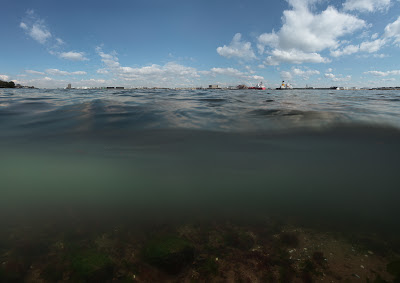 A Studio in the Woods, an artist community program of Tulane University, is hosting an artist salon with resident artist and photographer Isabelle Hayeur on Tuesday, March 5.

Hayeur is the fifth artist selected as part of the Studio’s “2012-13 Ebb & Flow: Dialogues Between Art and Water,” series, which explores challenges to the global environment, with Southeast Louisiana serving as a microcosm of the same.

The March 5 event is to begin at 6:30 p.m. It will include a potluck dinner. The Studio will provide the main dish, but all other attendees are asked to bring either a small dish (an appetizer, salad or dessert, for instance) or drinks. The center also asks that attendees RSVP by Friday, March 1, via e-mail, to info@astudiointhewoods.org, and say what food or drink they plan to bring to the event.

Parking will be limited at the site. The community is located about half-an-hour from New Orleans’ Central Business District, in forested property bordering the Mississippi River. Directions can be found here.

The resident artist, Hayeur has been known for large-format digital montages, videos and site-specific installations. The Montreal native has taken part in exhibitions at spaces including the National Gallery of Canada, the Art Gallery of Ontario (AGO) and the Musée d’art contemporain of Montreal (MACM). Her work has also been shown at the Massachusetts Museum of Contemporary Arts (MassMoca) and The Museum of Contemporary Photography in Chicago (MoCP), among others.

She says of the work she is doing in Louisiana:

For some years, I have been working on an underwater photography project entitled “Underworlds.” This on-going project takes me through North America to probe various environments, especially polluted ones, but also fragile and threatened ecosystems. I would like to take advantage of my stay at A Studio in the Woods to document the Mississippi Delta and the Gulf of Mexico. I wish to put in parallel natural environments and industrial sites such as refineries and the Mississippi River Chemical Corridor is one of the places I intend to document.

Ebb & Flow is a six-week residency based on the premise that Southern Louisiana can be seen as a microcosm of the global environment, manifesting both the challenges and possibilities inherent in human interaction with urban and natural ecosystems.