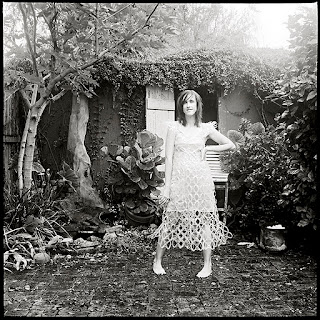 Jonathan Traviesa, winner of NOPA’s inaugural, 2009 Michael P. Smith Fund for Documentary Photography (MPS Fund) grant, will present a lecture at the Alliance gallery in the Lower Garden District on the evening of Tuesday, Dec. 7. The event will begin at 7:30 p.m.

The Crescent City photographer was awarded the $5,000 grant for his series of environmental portraits, “New Portraits in New Orleans”.

He is now using the grant to propel his portrait series in a new direction – to document the newest residents of New Orleans, ones who have helped rebuild and restructure the city. “This project has reinvigorated my life and place in New Orleans,” Traviesa noted. “To find and document the various peoples and communities that are literally rebuilding the city, reshaping urban space, changing broken policy, and expanding the cultural fabric is overwhelming, in the best way.”

Traviesa will speak about this new focus and show photographs made during the grant year at his lecture.The NOPA gallery is located at 1111 St. Mary St., just off of Magazine St. in the Lower Garden District. The event is free and open to the public. More information and images from his new series can be seen online.

Traviesa is a photographer and artist living in New Orleans since the late 1990s. He has had numerous solo and group exhibitions in New Orleans, Philadelphia, Chicago, and New York. In 2005, The Times-Picayune named his Katrina photo-sign installation the best art show the year. He has been teaching Photoshop at the New Orleans Academy of Fine Arts since 2005 and is a founding member of The Front, an artist-run gallery founded in 2008.