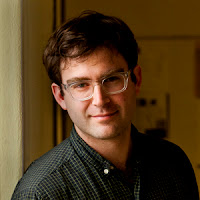 New York’s Pratt Institute has named NOPA member Stephen Hilger, currently the director of photography at Tulane University and an assistant professor at its Uptown New Orleans campus since 2008, as its new Photography Department chair.

His appointment in the Pratt School of Art and Design will begin July 1.

“Professor Hilger brings a wealth of academic experience and scholarly and creative practice to his department and to the School of Art and Design,” said Pratt School of Art and Design Dean Concetta M. Stewart. “Professor Hilger is actively engaged in using his knowledge and expertise to benefit the broader community and society, and I look forward to working with him to make the Department of Photography a leading force in art and design education.”

As chair, Hilger will lead Pratt’s Bachelor of Fine Arts degree program in photography. Students in the program receive broad training in photography, learning about subjects ranging from traditional photographic techniques to the digital darkroom, and learn as well about aesthetics, history, and artistic and professional practice. The program culminates in individual exhibitions for students, along with a senior group show held at a gallery in Brooklyn’s Dumbo neighborhood.

Hilger noted that he looks forward to joining Pratt’s photo program to advance photography’s aesthetic and critical potential. “Through a rigorous and informed practice of the medium,” he said, “we will work to question and understand photography’s unique relationships to contemporary art, media and technology, and our culture at large.”

The assistant professor has been at Tulane’s Uptown campus in New Orleans since 2008. While there, he curated an exhibit featuring photographs by Lee Friedlander and Andy Warhol.

While in New Orleans, he has also continued his own work, which has focused on what a Pratt profile calls a building of “visual archives of the disappearing.” Among his works are a series of photos that chronicled the demise of the Ambassador Hotel in Los Angeles, which played host to several Academy Awards ceremonies, but is more widely known today for being the site of Robert Kennedy’s assassination in 1968. While in New Orleans, he put together the series “Back of Town,” one that documented the recent demolition of much of Lower Mid-City to make way for yet-to-be-completed state and federal hospitals.