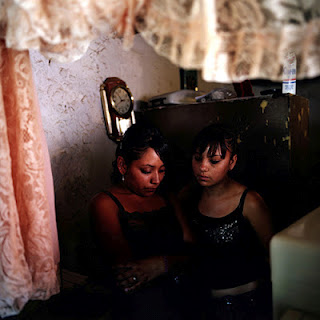 The New Orleans Photo Alliance is pleased to present a lecture by Scott Dalton, winner of the 2011 Michael P. Smith Fund For Documentary Photography grant. Dalton will present his award-winning project “So Close, So Far: Daily Life and Cartel Violence in Ciudad Juárez” at the NOPA gallery on June 29, 2012 at 7 p.m.

Dalton’s project explores daily life in the border city of Ciudad Juárez, a city in the midst of a vicious cartel drug war. Averaging over 3,000 murders a year, Ciudad Juárez, Mexico, has become one of the most dangerous cities on earth.

Tom Rankin, the Director of the Center for Documentary Studies at Duke University, writes, “Scott Dalton’s images reveal the hard edges of conflict while also illuminating the eloquent textures of ordinary life. Dalton’s images suggest the sense of loss that relentless violence so firmly delivers.”

About Scott Dalton
Scott Dalton is an award-winning photographer and filmmaker based in Houston, Texas. He has spent years working throughout Latin America, including extensive coverage of Colombia, where he lived for over ten years photographing the civil conflict and drug war.

Dalton’s documentary film, LA SIERRA, won numerous awards and has been broadcast by PBS, BBC, HBO Latino, and many other international broadcasters. Dalton has won the Houston Center of Photography Carol Crow Fellowship in 2010 as was nominated for the Santa Fe Prize in 2009. 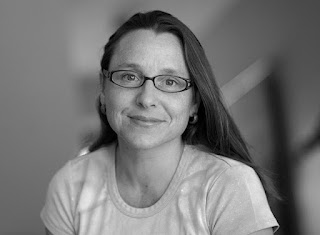 “Build Your Community, Fund Your Projects!”, a grant workshop for individual artists led by Lori Waselchuk, will help participants navigate the grant application process and explore alternative means for developing project support. Waselchuk, an award-winning photographer based in Philadelphia, Penn., has been the recipient of several regional and international grants.

Waselchuk will explain the three stages of grant writing: preparation, proposal development, and follow-up. In addition to local and national grant opportunities, she will discuss building partnerships for projects and seeking non-traditional funding. She will be joined by Joycelyn L. Reynolds, Grants Manager of the Arts Council of New Orleans, who will talk about the Council’s community projects grants and offer advice from the perspective of an experienced grants administrator.


About Lori Waselchuk
Lori Waselchuk is a documentary photographer living in Philadelphia, PA. Her images have been published and exhibited internationally. She has produced photography for numerous humanitarian organizations and foundations including CARE, UNICEF, and the United Nations World Food Program.

Waselchuk is the author/photographer of “Grace Before Dying” (Umbrage Edtitions 2011). She is the recipient of the Open Society Foundation Audience Engagement Grant in 2008, the Aaron Siskind Foundation Individual Photographer Fellowship in 2009, and the Louisiana Endowment of the Humanities Publishing Initiative Grant in 2010. She has also received funding from The Baton Rouge Foundation and the Fertel Foundation as well as in-kind support from a number of institutions and grass-roots organizations.

The photographer’s work has garnered numerous distinctions including the PhotoNOLA Review Prize (2007); the Southern African Gender and Media Award for Photojournalism (2004), a nomination for the Santa Fe Prize for Photography (2009), and was a finalist for the 2008 Aperture West Book Prize. Her work is found in collections including the South African National Gallery, New Orleans Museum of Art, Portland Museum of Art, Louisiana State Museum Collections, and the Free Library of Philadelphia.